Campaign of HATE is Vladovic's tactic against Lydia Gutiérrez

“Is creating and condoning a Campaign of Hate toward one’s opponent the right answer for Vladovic in attacking Lydia Gutiérrez?”

After a recent poll conducted by the Charter School Association in LAUSD District 7 that showed Lydia Gutiérrez leading 37% to Vladovic’s 34%, the Vladovic “Money Machine,” already spending half a million dollars, has resorted to more aggressively attacking Lydia Gutiérrez with distortions of the truth and making her personal religious beliefs an issue—just another indication that Vladovic’s campaign is in trouble. 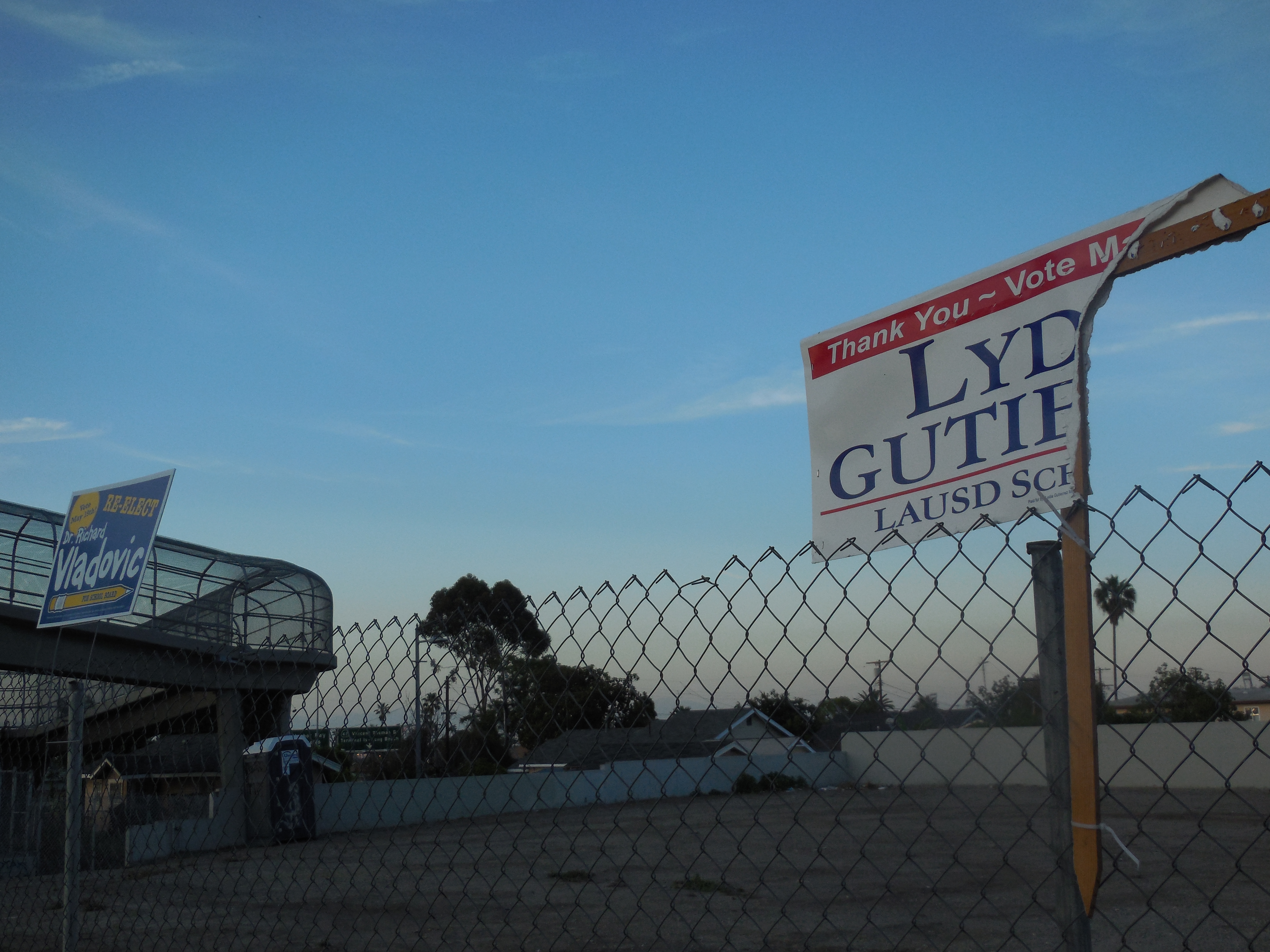 In a continued act of desperation, his campaign supporters recently sent out 3 mailers hoping to ignite hateful anti-religious extremists against Lydia Gutiérrez. These vicious attacks are just another indicator as to how low his campaign feels it must go to undermine Lydia’s lead in the polls. These actions by his campaign and his supporting organizations have only helped to further unite Lydia’s supporters in their resolve to get Lydia elected. Her grassroots campaign dealing with the issues, without using personal attacks against Vladovic, has given Lydia the lead. That 37% to 34% lead is expected to widen by May 19th.

Every student, parent, teacher, administrator and Board member of LAUSD is FREE to choose their religious beliefs, and no harm or fear of reprisals must come to them in any of our schools. Hatred of religion will not be tolerated in our schools once Lydia Gutiérrez is elected.  Freedom of Religion is our RIGHT as Americans under the 1st Amendment.

The Vladovic Campaign and the organizations listed below are being singled out for using “Freedom of Religion” as an issue, and attempting to inflame radical anti-religion Vladovic supporters in a last-minute effort to avoid coming in 2nd on May 19th.

Lydia is requesting an IMMEDIATE RETRACTION from all three organizations:

Lydia is firmly admonishing the Vladovic Campaign for its tactics of trying to hide the mistakes made under his term in office—BAD decisions, poor leadership and costly lawsuits that could have been prevented; mistakes that cost the district MILLIONS of dollars. They are all in the record of LAUSD. We will inform the CCSA, the SEIU Local 99, and the UTLA of Vladovic’s futile actions to divert attention from the key issues of mismanagement of public funds and costly lawsuits, and his attempt to turn this race into an “Anti-religion” battle.

It is disturbing to Lydia’s Campaign supporters to see her fellow union members of SEIU Local 99 resort to futile efforts in an attempt to undermine Lydia’s Campaign.  She has served as the Union representative in the school where she teaches, and has twice been elected as a delegate to the National Education Association.  Having stood side by side with her fellow union members to fight for fair wages, Lydia, too, is perplexed by this behavior of her union colleagues.

It is more troubling for those who think of themselves as professional educators, like members of the UTLA, who do not believe in allowing a candidate the freedom of association with organizations and individuals of differing opinions and points of view.  These same educators profess to teach our LAUSD students on how to work with others of opposing opinions.

What does the California Charter School Association have to say for itself?  It claims that it wants to be there for students and their academic success, but if you don’t have integrity in how you conduct yourself, why would anyone trust this kind of organization?

The CCSA privately did a push poll seeking out a way to defeat Lydia’s campaign by asking misleading questions to Voters that had nothing to do with her qualifications. Lydia was told by a voter that she got so upset about the misleading questions that she said, “What does her faith have to do with her performance as a School Board member? I told them nothing; I was offended by the questions and hung up on them.” Even after that devious tactic, Lydia still came out ahead by 37% to 34%.

They assert that Lydia is a member of organizations considered by some to be extremist; we can tell you that she is not. When she ran for State Superintendent in 2014, she had the opportunity to speak to many organizations about why she did not support Common Core State Standards.  Lydia received the endorsement of many of these organizations because of her stance.

Lydia has been a member and served on the executive board of the NAACP of Compton, and has been a former member of LULAC (League of United Latin American Citizens) and participated with the Latino Congreso. Lydia has not received any financial support from these organizations, nor has she received any form of help from large groups of volunteers. For anyone to arrive at the conclusion that she is carrying the banner of any of these organizations simply because she cared more about students and their academic success is beyond logical understanding.

Lydia’s supporters include Democrats, Republicans, and Independents, and they will not be intimidated by her opponent’s last minute acts of desperation.

Lydia stands on the key issues and stands on “Freedom of Religion” for all of us.